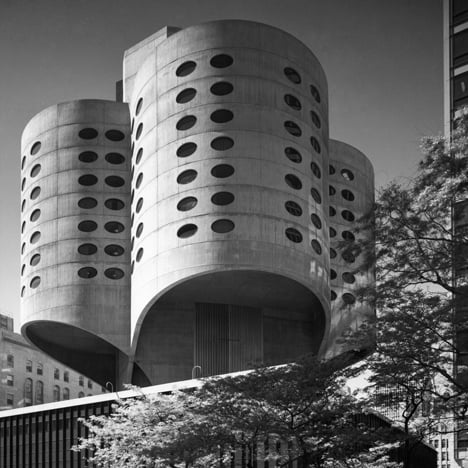 First identified by Preservation Chicago as one of the 7 Most Threatened Buildings in 2004, the pressure to convince Northwestern University not to demolish this engineering marvel by architect Bertrand Goldberg came to a head in 2010 as the university prepared to assume ownership and move ahead with demolition plans.  Read more about Prentice, located at 333 E. Superior, as this has become a current issue.

Update: On April 5, 2011 it was reported that Alderman Brendan Reilly (42nd) had brokered a delay in Northwestern University’s plan to immediately apply for a demolition permit for Prentice, even though the building is not scheduled to be vacated until September.  On April 7, 2011 Landmarks Illinois joined Preservation Chicago by also listing Prentice as one of their Most Endangered buildings of 2011.  Since those actions, a robust debate has broken out in the press (see links below) culminating in the long-awaited reuse plan released by Landmarks Illinois on April 22.
Facebook
Twitter
Linkedin
Pinterest
WhatsApp
Email
Print