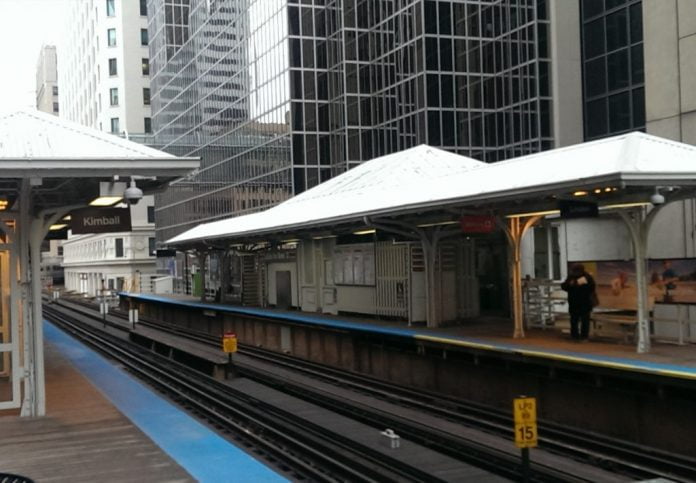 This Queen Anne Style pair of Station Houses (located on the north and south sides of the railroad tracks) were constructed in 1897, as part of the Union Loop Elevated, the train system and trestle that circles the Central Business District of Chicago, along Lake Street, Wabash Avenue, Van Buren and Wells (once known as Fifth Avenue). The system was originally comprised of several rail lines, including the South Side Elevated Railroad, the Lake Street Elevated Railroad, the Metropolitan West Side Railroad and the Union Consolidated Elevated Railroad. Originally, there were 12 stations, with three on each leg of the Loop.

John Alexander Low Waddell, the “Father of Modern Bridge Engineering” was the designer of the LaSalle/Van Buren Station House on the Chicago Loop Elevated, in addition to the trestle structure and all of the individual station houses, which once lined all four sides of the Loop. Waddell practiced from the 1870s to his death in 1938, designing bridges and spans in the United States. His work extended to Canada, Mexico, Russia, Japan, China and New Zealand – across the world.

The Loop Elevated has been part of the National Register of Historic Places since the 1970s. In spite of that recognization, several of the station houses have been lost, replaced or modified. This world treasure has a history that reaches far beyond Chicago.

We would like to encourage the City to protect the “orange-rated” LaSalle/Van Buren Station House and to designate additional historic stations, all remaining original features and the entire Union Loop Elevated trestle structure and assembly, which was made a National Register property in 1978. We feel that this would encourage sensitive attention and authentic restoration of lost features to this Chicago Landmark which is such an important symbol of our City.