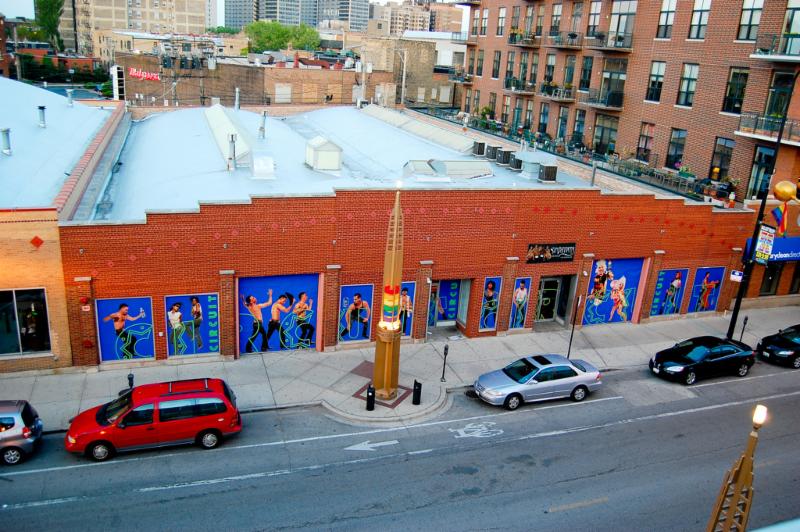 In recognition and celebration of Chicago’s trailblazing LGBTQ community, Mayor Rahm Emanuel announced that the City of Chicago would seek Landmark Designation for the Legacy Walk along North Halsted Street. The half-mile Legacy Walk is comprised of the distinctive “Rainbow Pylon” along the sidewalk and the outdoor museum with its bronze plaques. First dedicated in 1998, the Legacy Walk is the only outdoor LGBTQ museum in the world.

The bronze plaques honor key LGBTQ figures throughout history, many of whom are overlooked by history books, including Texas Congresswoman Barbara Jordan, Mexican artist Frida Kahlo, British mathematician Alan Turing and NASA astronaut Sally Ride. This year, the Legacy Walk will dedicate its 39th and 40th bronze memorials to fill the remaining two slots available in the museum.

“The Legacy Walk is not only a historically significant legacy of the LGBT community of Chicago, but a signal that the entire city is a safe and welcoming place for everyone,” said Mayor Emanuel. “As we celebrate Pride Month, let’s recognize the countless contributions made by LGBTQ Chicagoans and reaffirm our unwavering belief in equality for all.”

“Twenty years ago the installation of the North Halsted Pylons gave rightful recognition to our neighborhood as a center of LGBT life, culture and entertainment,” said Alderman Tom Tunney. “For the last six years, the Legacy Project has added real meaning to the pylons, educating our community and visitors on the lives and work of LGBT leaders in history. I am pleased to join with the Mayor today in landmarking these installations so that future generations can learn these stories and enjoy our neighborhood.”

The Legacy Walk will be submitted to the Chicago Landmarks Commission for consideration for Landmark Status. So too should the collection of the buildings and homes that play an important role in the telling the story of Chicago’s courageous and pioneering LGBTQ community.

The same steps would be taken to create a Designated Chicago Landmark District we encourage this step be taken simultaneously with the Legacy Walk process. The formal process to designate the Legacy Walk as a Chicago Landmark will be led by the Planning, Historic Preservation & Sustainability Bureau of the Department of Planning and Development. Historic preservation staff will spend the next several months researching the area’s architectural and historical significance and provide a recommendation to the Commission on Chicago Landmarks. After a public review process, the Landmarks Commission will make its final recommendation and forward the decision to City Council for approval.

And if there is a concern that the City of Chicago historic preservation research staff doesn’t have the time or capacity to expand the scope of this designation, we fully agree that additional staff should be hired. Of the thousands of full time employees of the City of Chicago, Preservation Chicago believes that more capacity is necessary for the Landmarks Division. In comparison with other cities, Chicago’s Landmark staff is very small. For example, a city like San Francisco which is much smaller than Chicago, has over a dozen full time research staff, while a large city like Chicago has only an two full time research staff positions, one of which is currently vacant.