“It’s an old, common cry in a city where demolition and development are often spoken in the same breath, and where trying to save historic homes from the wrecking ball can feel as futile as trying to stop the snow. My Twitter feed teems with beautiful houses doomed to vanish in the time it takes to say ‘bulldozed.’ Bungalows, two-flats, three-flats, greystones, workers’ cottages. The photos, posted by people who lament the death of Chicago’s tangible past, flit through my social media feed like a parade of the condemned en route to the guillotine,”  mused Mary Schmich in her Chicago Tribune column on July 12, 2018. 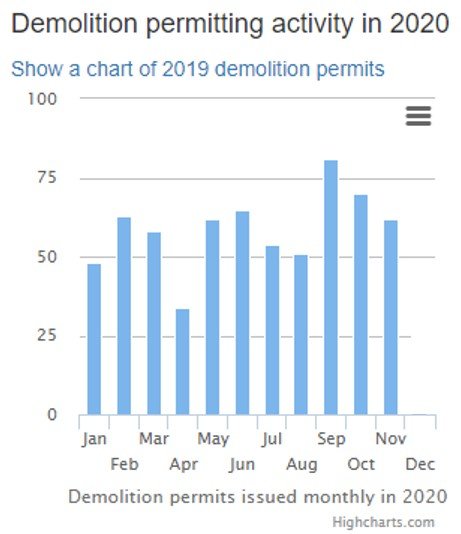 “Spotlight on Demolition” is sponsored by Chicago Cityscape